The Federal Government in 24 hours after the nationwide protest by N-Power volunteers, on Friday July 24, 2020, says it cannot afford to roll out the sum of N300 billion grant for well over 500,000 N-Power Batch A and Batch B beneficiaries who recently exited from the scheme.

The Director of Communications in the Federal Ministry of Humanitarian Affairs, Disaster Management and Social Development, Mrs. Rhoda Iliya stated this on behalf of the Honorable Minister.

The Director conveyed the Ministry’s position in a response to the protest earlier staged by some of the N-Power volunteers at the Ministry and at the National Assembly complex, Abuja.

The Director on behalf of the Ministry, therefore noted by saying ;

On Thursday 23rd of July 2020, a rally was staged at the National Assembly which later proceeded to the Federal Secretariat Complex.

The protesters claimed to be representatives of the Federal Government’s N-Power beneficiaries that are about to be exited.

They requested the Federal Government to employ all the 500,000 beneficiaries as well as pay them a grant of N600,000 each.

The Ministry wishes to state that this demand was not part of the agreement of engagement they signed with the Federal Government, which clearly stipulated that they will be exited after 2 years.

Furthermore, the government cannot afford the N300 billion they were asking for a grant.

It is noteworthy to state that the Federal Government of Nigeria has expended hundreds of billions to N-Power beneficiaries during the last 4 years and is liaising with the office of the Accountant General of the Federation, which is responsible for the payment of stipends, to ensure any outstanding legitimate claim is settled.

The Federal Government cannot afford to continue to pay the exited N-Power volunteers stipends indefinitely, more so that the process of engagement of new beneficiaries has already begun.

The Ministry even though is not a lending agency, is in contact with other Ministries, Departments and Agencies (MDAs) such as CBN and NALDA, to see if the exited volunteers can key into their empowerment programmes.

However, the ministry had earlier raised alarm over the fraudulent practice of 14,020 N-Power beneficiaries that their account details were found in other Ministries, Departments and Agencies (MDAs).

The complaint of non-payment of some N-Power beneficiaries during the last exercise, with some alleging non-payment for upward of about four months, had filtered the air.

In response to that, the Director of Communications stated that ‘’for the records, the Ministry wishes to state that it had always processed, approved and remit necessary information for payments to the office of the AGF with responsibility to credit the various volunteer’s accounts.

The director however decried the existence of some of the volunteer’s accounts found in other Ministries, Departments and Agencies which is against the established rule of the N-Power Programme.

While the Honorable Minister Sadiya Umar Farouq, regrets the inconveniences the development had caused genuine and eligible beneficiaries, there are strong indications that the federal government through the relevant authorities are working hard to remedy the situation. 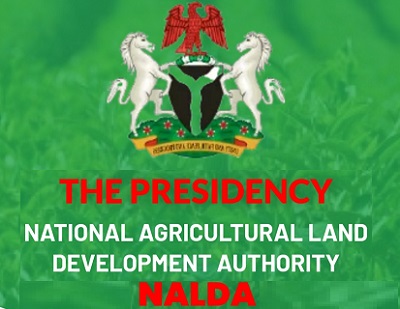