There are fears that the planned disengagement of thousands of youths participating in the N-power scheme may lead to more crime and insecurity across the country, DEBORAH OCHENI writes.

The ultimate target is to lift 100 million Nigerians from poverty within 10 years. President Muhammadu Buhari inaugurated the N-Power Programme in 2016 under the Nation-al Social Investment Programme (NSIP) with the mandate to lift citizens out of poverty through capacity building, investment, and direct support.

The current beneficiaries are expected to exit from the programme after some time to enable them go into entrepreneurship and allow another batch to come on board. In his Democracy Day broadcast on June 12, 2020, President Muhammadu Buhari commended the handlers of the programme, noting that it has continued to be a model to other nations.

According the him, the commencement of the Batch C enrolment was sequel to far reaching consultations and a review of the submissions on the reform and realignment of the programme for greater efficiency.

“Batch C is also being enrolled to provide opportunities for more Nigerian youths to access the programme, in furtherance of the vision of lifting 100 million Nigerians out of poverty by creating opportunities that will enhance the productivity of the Nigerian youth for entrepreneurship,” he said.

In view of this, the Minister of Humanitarian Affairs and Disaster Management, Sadiya Umar Farouq, has announced that the Batch A will exit June 30, 2020, while Batch B will exit the programme on July 31, 2020. “We have commenced the transitioning of beneficiaries from Batches A and B into government entrepreneurship schemes and engaging private sector bodies to absorb some of the beneficiaries after the completion of psychometric assessment to determine competency and placement into various opportunities.

“The Federal Government is committed to the continuation and expansion of the programme and as such, will now begin the enrolment and onboarding of a new Batch of beneficiaries. Skills acquisition for entrepreneurship and job creation are critical for an economy that will require a boost post-Covid-19 and we are gearing up proactively for the challenge,” Farouq said.

She said that as a Ministry that caters for the vulnerable, special considerations would be made for persons living with disabilities. Following these announcements, there has been some controversies surrounding the fate of those who will be exiting the programme soon.

There were speculations that these people will be absorbed into the Federal Civil Service through the Ministry of Humanitarian Affairs, Disaster Management and Social Development.

The speculations were debunked but the concerned beneficiaries seem to prefer the option of joining the civil service after exiting the N-Power programme.

It would be recalled that the Ministry of Humanitarian Affairs, Disaster Management and Social Development, in a document made available to journalists recently, announced the immediate disengagement of the N-power beneficiaries and commencement of Batch C enrolment on June 26, thereby throwing thousands of Nigerians into the streets to fend for themselves and search for nonexistent jobs.

However, some Nigerians have questioned the decision of the Federal Government to send the N-power batch A and B packing at this critical time when most families are finding it difficult to feed themselves.

They stressed that government has not put any concrete plan in place for them on how to cope without the monthly stipend of N30,000.

Inside Abuja’s engagement with some of these beneficiaries of the scheme showed that they received the news of their impending exit as a rude shock. Many of them are lamenting that they are not in any way prepared for their disengagement from the scheme.

Lateefat Sadiq is a batch A beneficiary of the scheme under the teaching category but while she acknowledges the Federal Government for the opportunity given to them thus far, she is unhappy that she has to exit from the scheme. Sadiq described the planned disengagement as an act of injustice.

“The Federal Government has really tried for my family because the N-power job came when we needed it the most but I am not happy with the way they plan to disengage us because we were not given prior notice to enable us prepare for the challenges ahead. We are unjustly disengaged.

“All these issues started when the Ministry of Humanitarian Affairs took over the programme. We never had issues when Vice President, Prof. Yemi Osinbajo was in charge.

The Farouq administration is known for delay and none payment of stipends. As I speak now, some of my colleague are still being owed stipends for three months and they still want us to leave,” she said.

Folashade Ogunbake, an Npower Batch B beneficiary, said the Federal Government took the decision of disengaging them at a wrong time, adding that this may lead many into crime.

“This is the worst decision this administration has ever made considering the present economic situation. There is no job anywhere and they are relieving us of what we are feeding on. It’s not just fair because people will be pushed to go into crime and that will pose more security challenges to the nation. I derstand the beneficiaries were supposed to spend not less than 24 months on the programme but this is not just the right way to send us away,” she said.

Meanwhile, the Federal Ministry of Humanitarian Affairs, Disaster Management and Social Development has disclosed that it has received over three million applications from prospective N+Power enrollees in seven days.

It has also announced the transitioning of Independent Monitors recruited to monitor Batch A and B of the programme as well as other National Social Investment Programmes such as the National Home-Grown School Feeding Programme (NHGSFP), Conditional Cash Transfer Programme (CCT), and the Government Enterprise and Empowerment Programme (GEEP).

Minister of Humanitarian Affairs, Disaster Management and Social Development, Sadiya Umar Farouq, who confirmed this, expressed appreciation to the Independent Monitors for their support during the period of their engagement and looked forward to on-boarding a new set of monitors with the rollout of the Integrated National Social Investment Programme, set to kick off when the new N-Power Batch C beneficiaries come onboard.

According to her, the enrolment of beneficiaries for N-power Batch C commenced on Friday June 26th 2020 and will be concluded as soon as possible to provide additional Nigerian youths access to the programme.

Similarly, Farouq has donated logistics vehicles and equipment to the Nigeria Armed Forces and other security agencies.

It has also donated ambulances and other medical equipment to Federal Medical Institutions in the North-East region. She made the donations on behalf of the North- East Development Commission, to the beneficiary government institutions at the Government House, Maiduguri, Borno State.

The minister said that the items were being donated in furtherance of the efforts at restoration of peace and stability in the North-East region.

“The devastation caused by the Boko Haram crises in the North-East, which started over 10 years ago is colossal, hence we need to put enormous effort in place for rebuilding, resettlement, peace building, early recovery and long-term development of the region. No effort in returning the region to normalcy will be too much.

“We are all living witnesses of the enormous security challenges being faced in the North- East Region for about a decade.

These challenges have been drastically reduced, thanks to the efforts of all players in the security sector.

There is the need to take further steps to achieve lasting security and peace in the region to pave way for holistic recovery and development,” she said. 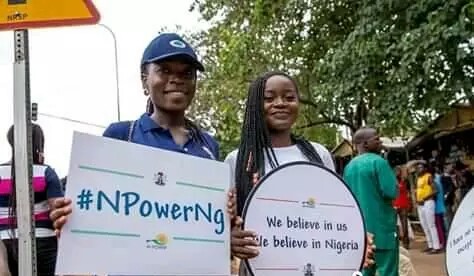 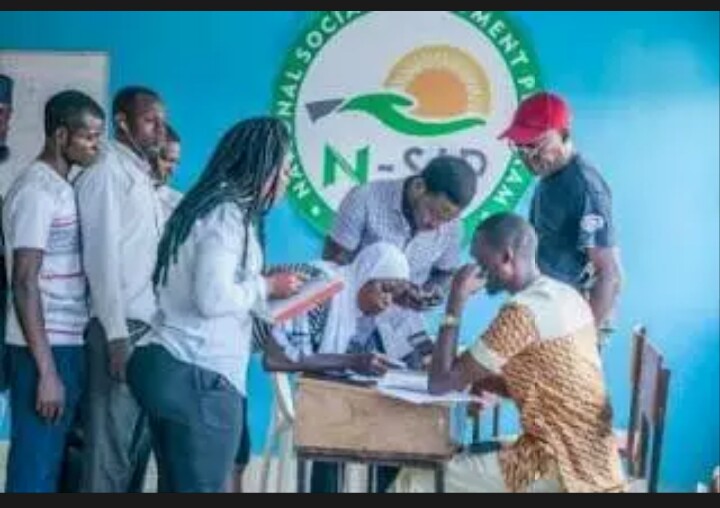