The Oyo State Post Primary Schools Teaching Service Commission TESCOM has released fresh update as regards the distribution of appointment letters to all successful candidates scheduled to kick off February 1, 2021.

A memo signed by Permanent Secretary of the Commission, Mrs. Grace Oderinde has directed all successful candidates to go along with six documents to the venue correspond to their local government areas.

The documents each successful candidate must present before getting the appointment letters are:

Mrs. Oderinde said the recruitment of 5000 teachers has received approval of Executive Governor of the State, Engr Seyi Makinde while she directed 150 successful candidates from Peoples Living with Disabilities to go to Loyola College, Old Ife Road, Ibadan on Monday, February 8, 2021 to pick up their appointment letters.

The Permanent Secretary reiterated that appointment letters will be distributed in all the 10 zonal offices of the TESCOM across the 33 local government areas of the state. 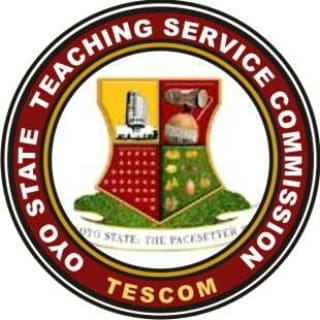 Oyo state government has announced recruitment into teaching and non-teaching positions of the state’s post primary schools teaching service. In a statement issued on Monday,…

Some Applicant’s of TESCOM under the name Tescom557, who are yet to receive their appointment letters from TESCOM has cried on the State Governor Engr.…