The Joint Admission and Matriculation Board (JAMB) has set 160 as the minimum cut-off mark for universities across the country in the 2020 admission session.

JAMB’s registrar Ishaq Oloyede made the announcement on Tuesday June 16, after the 20th policy meeting on admissions to tertiary institutions. The cut-off mark for polytechnics was pegged at 120, while that of Colleges of Education remains at 100 and above.

Commenting on the admission statistics for 2019, Oloyede said that 612,557 candidates were offered admission but 510,957 admission spaces remained unused by the institutions. He added that only 1,157,977 candidates who had the required five credits with English and Mathematics, sat for its Unified Tertiary Matriculation Examination (UTME) last year.

Minister of Education, Adamu Adamu on his own part said he has directed JAMB and tertiary institutions to proceed with the conduct of their 2020/2021 admissions which will commence in August.

As major stakeholders, we must jointly come up with reactions that would realign our programmes to these new realities.

JAMB and tertiary institutions could take advantage of the current situation, consider candidates with previous years SSCE and other qualifying results, to proceed on with the admission process.

Whatever arrangement that the country comes up with in the long run will surely accommodate those who will be taking the examination when the opportunity to do so is worked out. 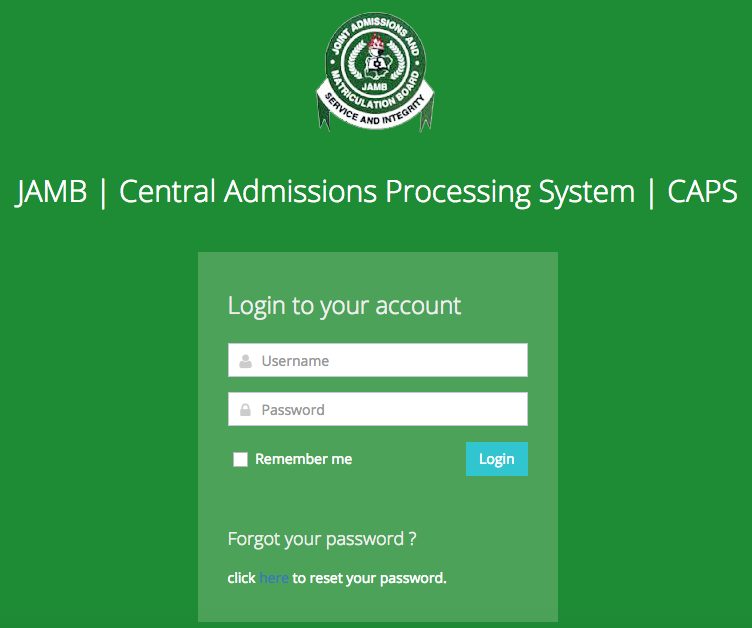 Have you been offered admission for the 2019 academic session? If yes, you need to proceed to JAMB CAPS portal to indicate the ACCEPTANCE or…

The Joint Admission and Matriculation Board (JAMB) has approved the minimum of 160, 120 and 100 UTME score for admission into universities, polytechnics and colleges…